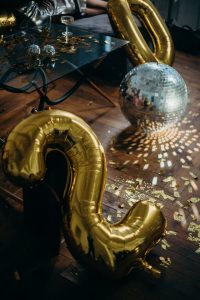 (PenrosePapers.com) For some people – particularly those for whom the daily news is an addiction they can’t resist – 2020 has been the kind of rough ride that they would just as soon get off, thank you very much.

In papers filed in a Manhattan courtroom on Friday, the 2020 Baby New Year – or Liam, as he wishes to be called – made clear his intentions to sue his way back into the 2019 womb. We caught up with Liam in a desolate New Jersey mall where the despondent teen was pounding energy drinks while watching a group of homeless busking teens.

“I didn’t ask for this, you know? Coronavirus, the flooding and wild fires and other climate change shit. Do you have any idea what it is like to be born into this?” Liam asked. He looks about 14, his clothing in style but already ill-fitting thanks to a recent accelerated growth spurt.

“And that’s the world out there. In this country alone,” he waves his hand, taking in the sparse shoppers and empty storefronts. “This country has a stock market on a roller coaster. A government more interested in embracing ignorance and pursuing petty gamesmanship than taking care of its people. Hate and xenophobia and greed and two old guys getting ready to square off in November to lead it that look worse than the decrepit year that I took over for. And that dude – Old 2019 – was a damn wreck!”

The echoes of his rant fade in the food court, replaced by the rustle of the occasional desiccated leaf and the shuffle of tired feet.

The last straw came when a video showed up in mid-February that appeared to show the then 10-year-old Liam hawking fake Rolexes and knock-off Dilbert Page-A-Day calendars in downtown Philadelphia. The soundtrack of the clip was Liam engaged in an obscene and racist tirade directed at anyone who walked by without purchasing something.

“It wasn’t me, man. I’ve never even been to Philly. Deep fakes and fake news. I can’t even. I can’t even,” he says with a sigh.

Liam lobs his empty can at an overfilled trash can and heads to smoke a joint behind the boarded-up Baby Gap with some of the buskers. He pauses at the edge of the homeless teens and looks back.

“Hey, I gave it two months, which is what, 14 years in Baby New Year years?” Liam says. He looks around the mall, shaking his head. “I don’t know where you go before you’re born, but it has to be better than this.”

Next up: we talk to gynecologist and birthing parameter expert Dr. Laurie Adler. While Liam’s court battle may be the first hurdle he’ll have to overcome, Dr. Adler says it may not be the most difficult…