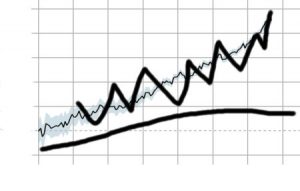 (PenrosePapers.com) As communities large and small drew together on Wednesday to commemorate the historic 100,000 U.S. deaths that have been attributed to COVID-19, the official White House take was a little different: not so fast.

Amidst media specials, vigils, and the reading of names of the dead, federal officials announced that it was adopting a new method of tabulating the dead which will result in far fewer U.S. casualties.

“It’s Democrat governors who are responsible for these deaths, not President Trump,” U.S. Undersecretary of Pandemic Matters Edwin DuMerit said at a Wednesday press conference. “Why should the federal government – and the Republicans for which it stands – bear the brunt of these deaths?”

The new accounting method – termed “red dead” by some Washington insiders – omits high death states such as New York, New Jersey, and Massachusetts from the official U.S. COVID-19 mortality count. The new official tally for the United States – a meager 35,527 deaths as of late Wednesday – was immediately praised by administration officials and Trump allies.

“35,000? This is nothing. More people choke to death on apples every year than are dying from this Chinese flu,” said one Congressional source who requested anonymity. “I think it’s safe to say: everyone get your lazy asses back to work, and God bless President Donald Trump!”

The federal government further announced that it plans to celebrate the new death figures with a “Mask Free Friday and Forever” party on the White House lawn Friday afternoon. Starting at noon, the party will include games, a fast food buffet, a variety of 2nd Amendment demonstrations, and a Photos With Trump booth for “anyone wishing to have their picture taken with America’s favorite and smartest president” ($1000 donation required for photo).