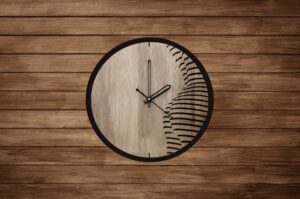 (PenrosePapers.com) When freshman Georgia Republican Representative Marjorie Taylor Greene stood and approached the floor of the House on Wednesday, a collective bipartisan groan rippled through the chamber. But Greene’s intention wasn’t to call for yet another adjournment as she had over and over in recent days.

This time Representative Greene had legislation to propose.

Wearing a “Densa Trumps Mensa” mask and adopting a Dr. Suess-style rhyming cadence, Representative Greene proposed that Congress enact legislation to fix Daylight Savings Time. Unlike other bills before Congress that seek to stop the twice-yearly changing of clocks, however, Greene’s bill would take the U.S. in the opposite direction.

“Representative Greene essentially wants the U.S. to start changing their collective clocks every three weeks,” says someone close to the Georgia representative. “America is getting too complacent with the liberal status quo. Representative Greene feels we need to go back to an air of constant uncertainty when our country was truly great. You know, like the Trump years.”

A key element of Greene’s bill is that there would be no set direction for the clock change. Rather, every third week Representative Greene herself would appear on national television just prior to midnight and flip a coin after a brief-ish self-promotional speech. If the coin came down heads, clocks forward; tails, clocks back.

While the bill has no co-sponsors, overall support for it is difficult to gauge, as any time Republicans hear the word “Greene” they flee for elevators, their offices, or the closest source of free-flowing alcohol.

Nevertheless, the Make A Goddamn Ass of Time (MAGA-OT) Act is expected to come up for a vote in early April.