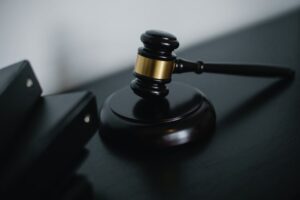 For Ted Cruz, only JFK will do.

And Lindsey Graham – perhaps channeling a certain golfing buddy – thinks Clinton should be given a second go-round.

Even before Trump’s second impeachment has ended, a fresh schism has broken out in Republican Senate ranks over which past Democratic ex-President should be impeached first. And if history is any, uh… wait. What?

“Democrats have opened the door on this with their second impeachment of President Trump,” says one top Republican party official. “He’s not even presidenting anymore, right? So, what’s good for the rooster…”

Preliminary articles of impeachment have been drawn up by various Republican Senators targeting a variety of past presidents, living or dead. While some – such as Woodrow Wilson and Harry Truman – have escaped notice, others aren’t so lucky.

“The guy builds houses. For free. What the socialist hell is that?” asks an aid to Senator Rand Paul. Senator Paul has announced plans to impeach ex-President Jimmy Carter for “socialism, Georgia stuff, and socialism.”

Senator Ted Cruz is going after John F. Kennedy, despite the fact that the ex-president was killed in 1963. Oddly enough, in the 2016 election, then candidate Trump accused the Senator’s father of helping to kill JFK.

“Pure coincidence,” says a source close to Senator Cruz. “If Ted’s father knew that Ted was going to impeach Kennedy six decades later, why would he try to kill him six decades earlier? It just doesn’t make sense.”

Which brings up the only Democratic ex-President on the Republicans’ impeachment list who has previously been impeached: William Jefferson Clinton. This new impeachment attempt is spearheaded by Senator Lindsey Graham, who is being a bit vague as to his reasoning for impeaching the ex-President: “Oh, there’s something. There’s always something with that guy,” Graham has reportedly confessed to friends.

Plus, it’ll mean Clinton was impeached twice, which must make someone happy, what with said someone not being the only biggest loser in the President club, and all.

“If it eases up on the whining even a tiny bit, oh hell yeah,” Graham is rumored to have admitted.

All of this is well and good, but without the House, Republicans are really in no position to impeach anyone, right?

“We’re pulling together a little D.C. rally for sometime in March to address this, so we’ll see,” one GOP official said. “We hope to see everyone there… it should be a wild time!”