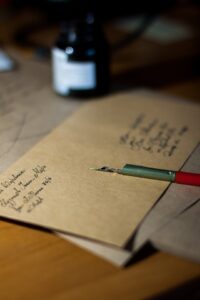 (PenrosePapers.com) The growing body of stories concerning Trump-created postal slowdowns is appearing to have an effect. At Thursday’s coronavirus press conference, the president announced plans to save the Postal Service by re-introducing part of its past.

“The Postal Service, not good, not good. And not my fault, by the way. It’s certainly not what it used to be, back in the days when horse and rider delivered electronics, Publisher’s Clearinghouse entrees, and boobie magazines in plain, brown, wrappers,” the president told the gathered press.

It took another 10 minutes of rambling train of thought before what was being proposed finally became clear: President Trump was relaunching the Pony Express.

“Beautiful for the environment, the best. And, it will create jobs, lots of jobs. Jobs for the horses, obviously, and the jockeys,” the president said. “But also saddle makers, uh, jerky manufacturers. Pistol makers, because these good hombres will be armed, well-armed.”

The Pony Express will not be taking over for the Postal Service, the president went to pains to point out, but will be assisting it, perhaps with certain types of mail.

“What an excellent idea!” President Trump beamed. “And everyone, note, that idea came from the liberal media. Be sure to write that down. Not from Trump.”

The Pony Express is set to ride again sometime in September.

Senate to Vote on Participation Trophies for All Americans