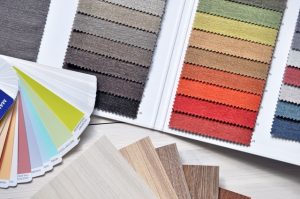 (PenrosePapers.com) A week after getting burnt on the Internet for spending an excessive amount of time in his official bunker while peaceful demonstrations raged outside the White House, President Trump’s team is floating another possibility for why the chief executive earned the moniker “Bunker Boy,” among other names.

Unlike past excuses, this one is not likely to meet with Trump’s approval.

As in, picking out new gun turrets and security features?

“No, as in we gave him a bunch of carpet fabric swatches and said, ‘Mr. President, we really need to do something about this ugly bunker, and it needs the Trump Touch!’”

Another source who requested anonymity confirms this.

“He was all ‘bomb Seattle, bomb Minneapolis, bomb California!’ No, no, and no. The optics would just look terrible,” the second source says.

“So we give him these raggedy bits of carpet pieces and he’s like a kid with a blanket, suddenly docile. He rubs them, muttering to himself… It’s like he’s really putting some thought into the bunker carpeting, like ‘border wall’ intensity, you know?”

“And you don’t even need the light on. Just put him down there, shut him in, kill the lights, and you’ve got at least six hours of peace and quiet before he’s howling for a cheeseburger. And, AND… he’s self-isolating. How win, win, win is that?”

Plans are to put President Trump in charge of every aspect of the bunker beautification project, from curtains and doilies to artwork and trim. In a rarity for Washington, news of the Trump-supervised remodel is generating bipartisan support, with both Democrats and Republicans offering their support for the plan, both for the short and long term.

“We will be up to picking out mirrors by August,” says our original source. “The thinking is that that will keep him busy through the election, easily.”