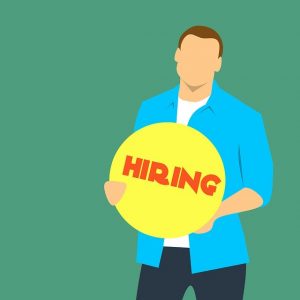 (PenrosePapers.com) Tired of Dr. Anthony Fauci’s relentless truth-telling and gloomy outlook concerning the lingering pandemic, White House officials signaled this week that they were moving on and seeking to replace their COVID task force head. And how is the search going to replace the National Institute of Allergy and Infectious Diseases’ longtime director?

“So, he does his usual thing… he knows the best doctors, only the best, blah blah blah,” says a source close to the pandemic task force. “And we’re like, great. Let’s make a list. And he’s like, after a pause for effect: ‘Dr. Welby.’”

A quiet calm settled over the fast food booth where the task force was squeezed in for their monthly meeting. Vice President Pence woke briefly, nodded his agreement, and then drifted off. The rest of the task force members cautiously stared around the table, their eyes finally locking in unison on a teenage intern setting down a tray of burgers and fries. He reluctantly cleared his throat.

“’Wasn’t he from Chicago?’ the kid said, which was brilliant,” the source says. “Trump harrumphed and said, ‘I hate those guys. OK, how about… Dr. Frazier Crane? He’s a good Republican.’

“’He’s uh, listening. To Chinese radio. In case they mention Biden or Clinton. Or Chuck Woolery,’ the intern said. I mean, this kid is on fire. He had an answer for everything.

“Dr. Mengele… we had to Heimlich task force member Jacob Eichenbaum after that one. I guess in all the confusion, the intern fled.”

In the end, the task force closed their monthly meeting without settling on a replacement for Fauci, but promised to take up the issue in August or September or whenever they next met. In the meantime, the search continues.

“I got tasked with calling Alan Alda, Noah Wyle, and Ruth Westheimer before the next meeting, sort of sound them out,” the source says. “I suspect those are going to be some pretty strange calls.”